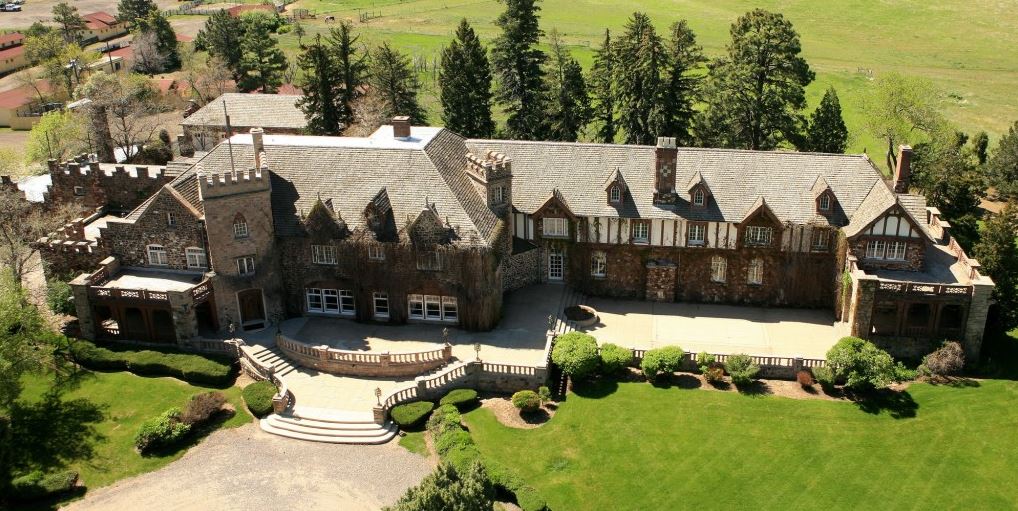 Although the modern community was founded in 1981, the first settlers built their lives in this area more than 100 years ago. Here is a brief history of our community.

Windmills were very important to ranchers because they helped supply water to cattle in various pastures. The historic windmill above stands today on the ranch property.

Dad Rufus H. “Potato” Clark was once known as the Potato King of Colorado. In 1859, he filed on a 160-acre homestead at the location of today’s Highlands Ranch Golf Club. At this time, Colorado farmers were very successful at growing potato crops and Rufus decided to try his hand. His first harvest was so abundant that he became known as Colorado’s Potato King.

History of the Highlands Ranch Mansion and Ranch

The historic Highlands Ranch Mansion and ranch stand today as valuable pieces of history, reflecting the lifestyle of early settlers and pioneers of the area now known as Highlands Ranch, Colorado. More than 100 years old, this magnificent structure has been home to some of Denver’s more notable families.

For many years, it was believed the Mansion’s first owner was John Springer, whose information is below. During the Highlands Ranch Metro District’s 18-month renovation, an important discovery was made. The word Rotherwood was discovered etched in stone above the original door to the home near the 1891 etching. The Rotherwood reference was traced to the Mansion’s first owner, Samuel Allen Long, originally from Pittsburg, PA. Long was one of the first petroleum refiners in 1861. He was Director of the Baltimore &amp; Ohio Railroad (B&O Railroad for Monopoly fans). Long moved to Colorado in 1880. He had business interests in coal mining, gold mining, livestock, timber, real estate and farming. Long filed a homestead in 1884 for 40 acres in Douglas County. He then acquired 2,000 acres in 1888 and called it Rotherwood after a boyhood farm. Long was recognized as an innovator of dry land farming techniques in 1889 and 1890. When visiting the Mansion, look directly above the small door located on the east porch to see both the 1891 and the Rotherwood etchings.

The Mansion’s next owner was John Springer, whose wife Eliza’s ill health forced a move to Denver in 1897. In 1891, Springer began construction of the Mansion. The original building reflected a Russian castle style. He completed almost 60 percent of the present structure. Springer quickly rose to local prominence and was active in politics, running for mayor of Denver. In 1904, Springer’s wife died. He re-married Isabelle, and renamed the mansion Castle Isabelle.

Springer sold the ranch to Colonel Hughes, his first father-in-law, in 1913. Hughes later stabled horses in the ranch house and renamed the property Sunland Ranch. When Colonel Hughes died in 1918, the land passed to his granddaughter, Annie Clifton Springer Hughes. Anne and her husband Lafayette sold the mansion in 1920 to Waite Phillips, one of the brothers who founded Phillips Petroleum. Phillips owned the property for about six years and first introduced the name Highlands Ranch. In 1926, Phillips sold the mansion to Frank E. Kistler for $425,000.

Kistler converted the ranch into a breeding ranch specializing in dairy and Angus cattle, purebred sheep, hogs and chickens. The ranch was then known as the Diamond K Ranch. Local parks are named after Kistler and the Diamond K Ranch. At the same time, Kistler added the final 40 percent of the mansion and altered the style to a classic Tudor. The six fireplaces, nine bedrooms, hardwood floors and a secret passageway were reminiscent of the European homes and allowed for entertaining in grand style.

The photo above was taken from the Mansion’s main entrance looking out at the foothills to the west.

Kistler invited Lawrence C. Phipps, Jr., to relocate the Arapahoe Hunt Club to the southern part of the ranch in 1929. This foxhunt club is still active today, although at a different location. Kistler’s subsequent financial troubles caused him to sell the entire property to Phipps in 1937, for $250. Phipps’ father, Lawrence C. Phipps, Sr., made his fortune with Carnegie Steel. The Phipps family members have been prominent leaders of industry in Colorado with involvement in construction, trucking, professional sports, including the Denver Broncos, ranching and real estate, among others. The Phipps family acquired the property as a residence and a working ranch and renamed it Highlands Ranch. Under their skillful management, the property again prospered.

Lawrence Phipps, Jr. died in 1976 and the ranch was sold to Marvin Davis, of Davis Oil Corporation, for more than $13 million. He re-sold the property in 1978 to Mission Viejo Company, which had a vision of a master planned community. In 1997, Mission Viejo Company was purchased by Shea Homes.

The ranch encompasses 250 acres. While the main purpose of the ranching operation has been beef production, the ranch also included a dairy operation, which was located in the northern barn. The brick silos connected to the barn provided storage for cattle feed during the winter. The bunkhouse west of the dairy barn provided lodging for many of the ranch hands who worked on the property. The next barn was used for general maintenance activities within the ranch. The corrals to the south and east of the barns were typically used during the calving and branding operations.

The windmill south of the mansion is the site of the primary well used for the ranching headquarters and mansion. The well is still in operation; however, the pump is now powered by electricity. There were quite a number of wells drilled throughout Highlands Ranch so that water would be available for cattle in each pasture.

In 2010, Shea Homes gave the Mansion and funds for its renovation, to the Highlands Ranch Metro District. After conducting a comprehensive renovation of this beautiful building, the Metro District opened the Mansion to the public and for private event rentals, in June 2012.

Learn more about the historic Highlands Ranch Mansion and the days and times you can visit during open hours, by visiting www.HighlandsRanchMansion.com.